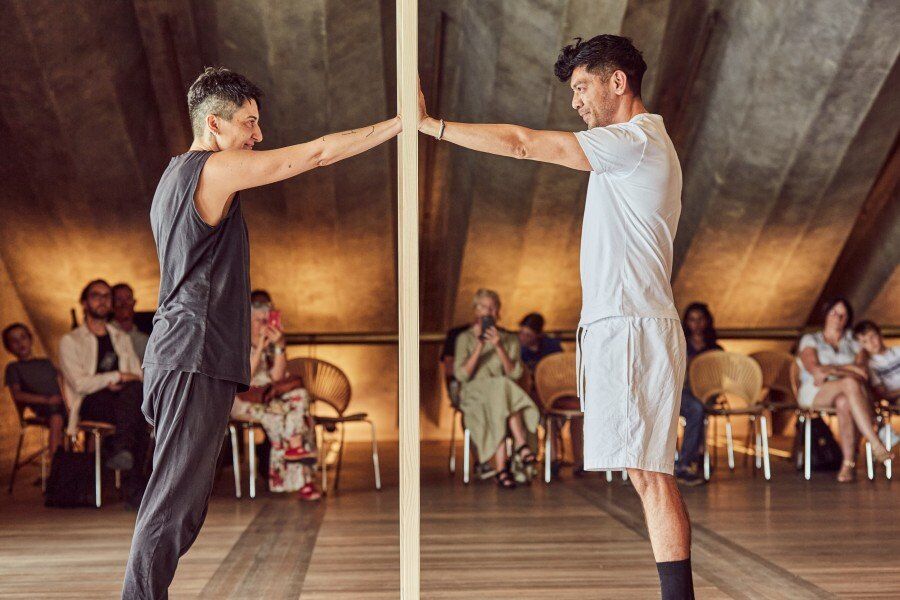 Cherine Fahd is one of Australia's leading photographic artists. For over twenty years, she has exhibited, written and curated works that focus on photography and video performance. Her projects often incorporate members of the public as well as her immediate family, friends and community.  Cherine’s recent projects have focused on how photographic portraiture can create intimate social encounters between herself and strangers.

A recent commission that explores this is "Being Together: Parramatta Yearbook" – a public art project jointly commissioned by C3West on behalf of the Museum of Contemporary Art Australia in partnership with Parramatta Artists’ Studios, an initiative of the City of Parramatta.

Other projects have been commissioned by the Sydney Opera House, Australia; Carriageworks and Performance Space, Sydney; and Monash Gallery of Art, Melbourne. Her work has been exhibited and collected by the National Gallery of Australia, Canberra; the Art Gallery of New South Wales, Sydney; the National Gallery of Victoria, Melbourne; the Haifa Museum of Art, Israel; Benaki Museum, Athens, Greece;  Museum of Photographic Arts San Diego and the Tokyo Metropolitan Museum of Photography in Japan, among others.

Cherine is the author of three photography books published by M.33 Melbourne –  "A Portrait is a Puzzle" (2017); "Apókryphos" (2019) which won the Australia New Zealand Photobook Award 2019, and "A Story" (2021). She writes broadly on art, design and culture for The Conversation and her articles have appeared in Fairfax, ABC News and SBS. Her writing is also published in the academic journals Photographies, Photography & Culture; and the Journal of Visual Art Practice.

Cherine has been awarded prestigious grants from the Australian Government through Australia Council for the Arts (2018, 2016, 2014, 2007, 2004, 2002, 1999) and Create NSW (2020), along with art awards and residencies such as the NSW Women & Arts Fellowship from Arts NSW (2005), Josephine Ulrick and Win Schubert Foundation for the Arts Photography Award (2004), National Photography Prize (2010) and the Moya Dyring Studio from the Art Gallery of New South Wales (2003). In 2018, she was awarded the Asialink Creative Exchange residence to Varanasi, India. And in 2019 & 2020 was a resident at The Clothing Store Carriageworks, Sydney.